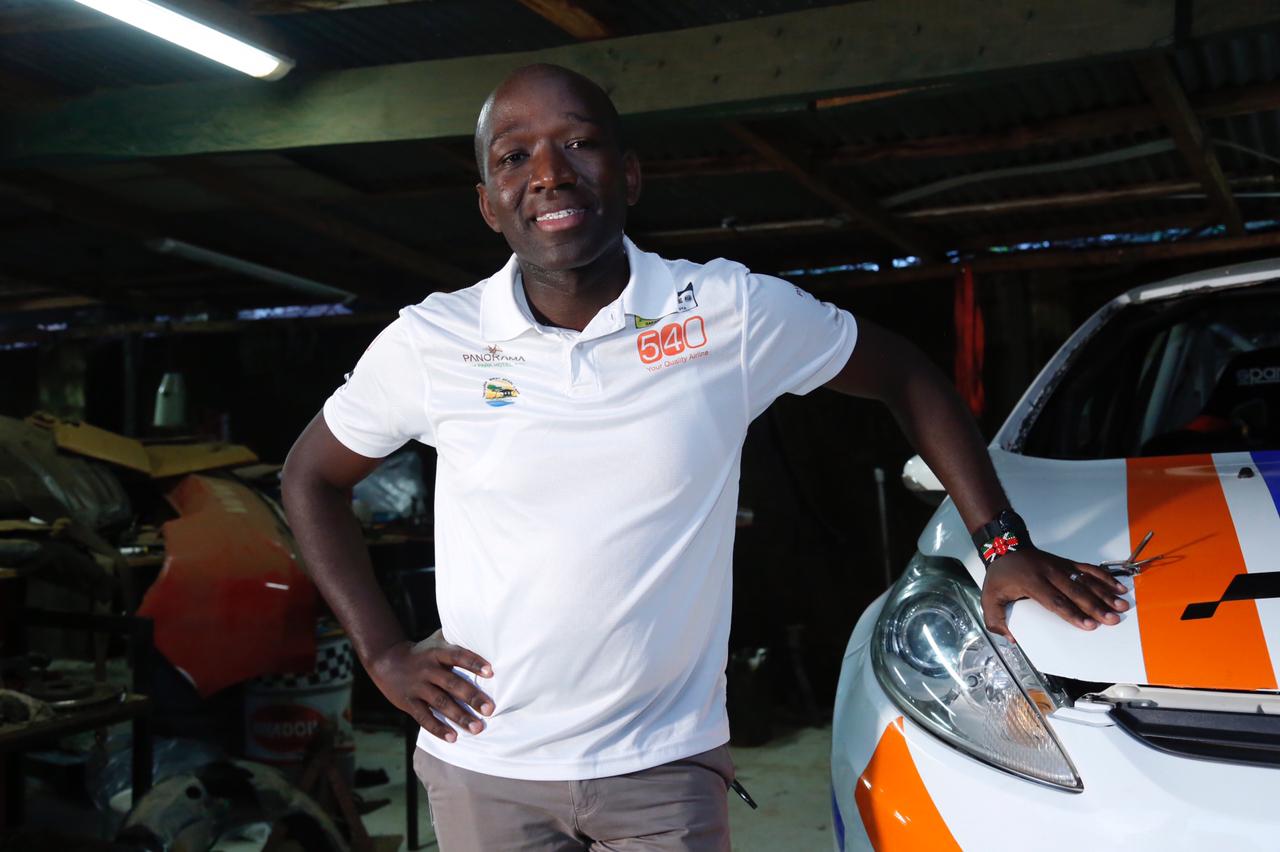 Date-stamp: Tuesday 22nd June, 11; 03 pm. Location: somewhere in Naivasha: It’s been a long day for the different crews gearing up for the eagerly anticipated WRC Safari Rally.  For the drivers and co-drivers, it’s been a day off the beaten path.  They have spent the better part of the day on a reconnaissance mission, reviewing the rally routes and road conditions as part of the final preparations ahead of the official flag-off.

Ordinarily, they should be retiring to bed around this time, to get some much-needed rest because tomorrow (Wednesday 23rd June) they have a very early start to yet another long day; and the day after tomorrow (Thursday 24th June), the toughest rally in the world will officially kick off at the Kenyatta International Conference Center, at the heart of Nairobi City.  But this is no ordinary day - some technical teams brace for the graveyard shift, putting final touches on the rally cars.

It is against this background that we steal away Laban-Cliff Onsiero before he calls it a day. He is a man who wears many hats, but our spotlight today is on his debut at Safari Rally alongside Rio Smith, the youngest driver in this sixth round of the FIA World Racing Championship. As Car#67 (Ford Fiesta) roars off the ramp on Thursday, Laban-Cliff will take the co-driver’s seat, pace-notes in hand and adrenalin on high – this mission: together with Rio, crossing the finish line.

Here are some snippets from yesterday’s late-night conversation with Laban-Cliff:

It is only two days before the D-Day.  How are you feeling?

A little fatigued, it’s been a long day today, going through the recce.  But overall, I feel a sense of excitement as the day draws near.  Participating in the WRC is a dream come true for many people. For Rio and I, it will be nice to nurse the car to a finish.

You are teaming up with the youngest driver in this sixth round of the WRC.  How would you describe your relationship and the synergy you both create?

Our relationship is great.  We met and bonded very fast. Rio has a great driving strategy – what we call in rallying terms, driving with the clean lines.  He also has solid experience, having started rallying when he was about ten years old.  As a team we have also benefitted greatly from the support of his father, Don Smith – a man who is no stranger to the rallying scene, having previously participated in rallies across most of the continent and won the Africa Rally Championship.

We know that it takes more than the Driver and Co-driver to win a rally.  Please tell us about the technical team working behind the scenes to make you two shine

Rio and I have been trained by some of the best people.  Our Team Manager is Tapio Laukkanen, a British Rally Champion.  He is a trainer of repute and has worked with many great names including Onkar Rai.  I have also had a chance to sit with Gavin Lawrence, who has trained the likes of Alistair Cavenagh, and navigated Carl Tundo, Onkar Rai and Tejveer Rai.  We also have a larger team that is working round the clock.

We are curious to know what happens in the cockpit.  Is it all tense, or are there light moments?

When the race is on, as you can imagine, the cockpit becomes very tense.  We call out each other, we don’t mince words.  If something is not going right, we literally shout at each other.  But that tends to happen mainly during the reconnaissance. During the rally, when it’s all moving and everything is fine, we get to enjoy some light moments, especially as we approach the end

How is it for the co-driver during the rally?

Once in the cockpit, one must be on high alert – you can’t afford to blink.  You must be A1, in terms of following your pace-notes, call out the turnings, junctions or any physical features on the route. The role of co-driver calls for a high level of mental alertness

Please tell us some of the tool you use or rely on to get your job done.

Pencil and notebook.  We work with the pace-notes developed during reconnaissance; we grade the roads and see how to call them out during the rally.

What happens when you get hungry or thirsty in the middle of your race?

Once the flag goes down, you forget about everything else and focus on the task at hand.  We do however carry a stock of oral rehydration salts, which we take regularly to boost the body fluid.

Being home-grown sportsmen, you obviously have a unique advantage.  What sections of the rally are you eagerly anticipating?

One of the advantages for us is that we know the terrain fairly well. Interestingly, the greatest rally drivers come from Nakuru – the likes of Lee Rose, Carl Tundo – I also come from Nakuru. But that’s just half the game. Most of the WRC cars are coming with top-level machinery…and excitement. Personally, I am looking forward to the Power Stage (Hell’s Gate), but the key determinants will be Sleeping Warrior and the Kedong’ stages which will take a lot of the drivers’ energy.

A Word of advice to anyone out there who is considering venturing into rallying?

If you are thinking of venturing into rallying, the easiest route is to start from the ground up.  Help out in the rally space, volunteer, work in the service park. Keep the passion going and take advantage of the opportunities as they come.  If you have a budget, buy a rally car, get a trainer, and go into it.

As the WRC Safari Rally kicks off it will be interesting to watch how Car#67, and the dynamic duo, Rio Smith + Laban-Cliff go through the paces.  Keep it here for updates on the unfolding developments as the D-Day approaches.

The Queen’s 'Black is King' is indeed King

The Queen’s 'Black is King' is indeed King