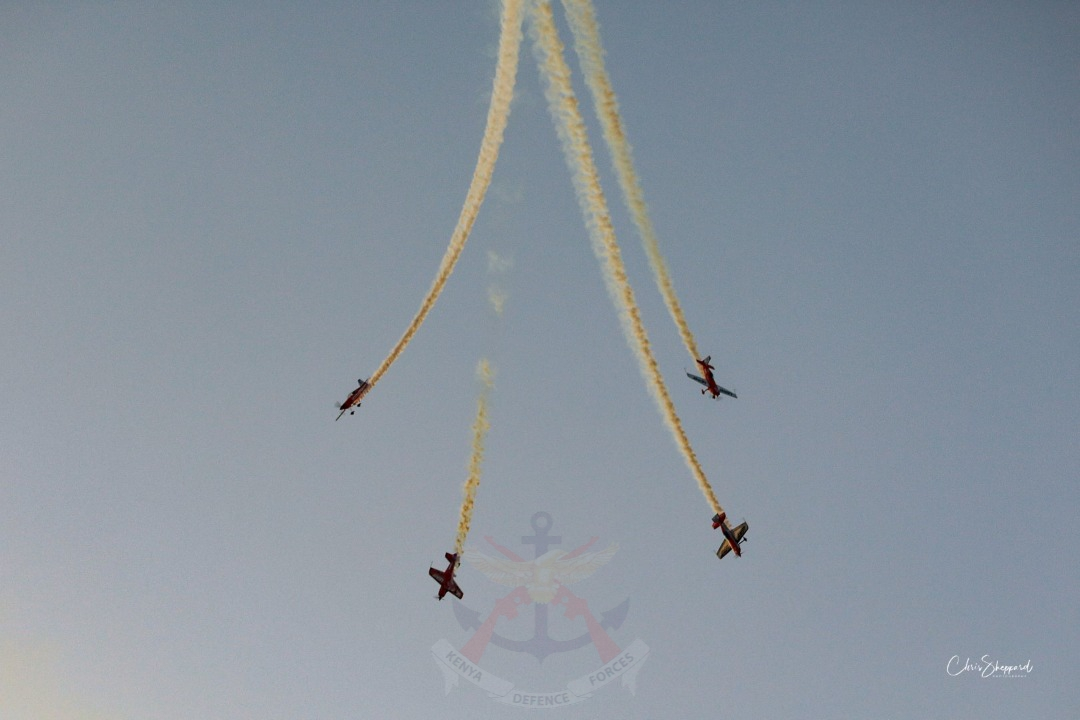 The Kenya Defence Forces in conjunction with the Aero Club is set to stage a spectacular display of aerial stunts at the newly rebuilt Uhuru Gardens along Lang’ata Road in Nairobi. The one-day festival will take place on Saturday, May 28, 2022, and will be one it’s kind in the region. Traditionally, military airshows in the country are only held on national holidays and are just a brief portray of a few stunts. If you have heard uproarious noises dotting the Nairobi skyline over the past one month, this has been the participants preparing for the festivals.

Airshows are common practice in some parts of the world and are considered as visual displays of the pride and professionalism of a country’s military. Specifically, its air force regimens. The most famous being the US Navy’s Air Shows held every year and witnessed by a record 11 million people.

The Air Show led by the Kenya Air Force will display both military and civilian aerobatic skills, dexterity and flamboyance aimed at engaging and entertaining the public. Common stunts to expect on this display will be high-speed Sneak Pass, Diamond 360 maneuver, The Loop, Cuban, The Barrel Roll, The Running break among others. If these stunt terms are unfamiliar, worry not because they will announce every stunt name on display. A perfect chance for you to learn military terms. Also, of interest to watch will be KWS’s show on how they take well to the challenges presented by poaching and how they combat them. There will also be displays of firefighting and air rescue and evacuation simulations.

“You are all invited to witness this spectacular show of scintillating aerobatics by Kenya Air Force jets and extreme maneuvers by a variety of helicopters in their inventory. The Kenya Wildlife Services will also display anti-poaching drills.” Read the statement sent to newsrooms from the Ministry of Defence’s communications department.

The festivals will be held just a few days to the commemoration of the country’s 59th Madaraka Day which will also be held at Uhuru Gardens. The venue has been undergoing renovations to transform it into a modern National Museum of History dubbed The Mashujaa Museum, a shopping complex a business complex, a recreational facility, and hotel for use by the public. On a recent tour of the premises, the Ministry of Interior Permanent Secretary said, “As you can see, all the infrastructure is complete and I can proudly say we are 90 per cent ready with little work left to give character to these celebrations three weeks to the event.’’

The festival is open to the general public and will be free of charge. The grounds can sit upwards of 30,000 people and members of the public are encouraged to go and enjoy the show. It will also be an opportunity for the public to get close to the forces that command great deference and servility and whose operations are tight fists secrets. Consider this a once-in-a-lifetime opportunity.

Other participants will include Phoenix Aviation, Cessna Sovereign, Kenya Airways, Embraer 190 fly-past, Farmland Aviation firefighting display, and aerobatics by Mark Hensman from South Africa among others.