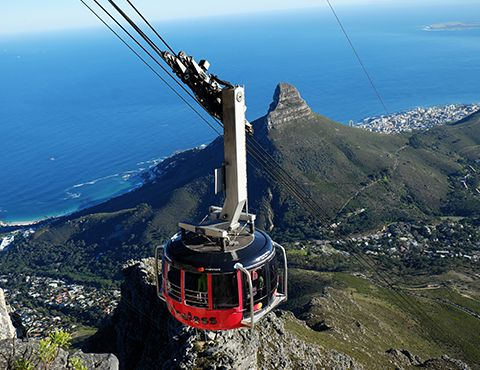 Exactly four years after the project stalled, the dream to have first-ever cable cars in the country cruising over the Longonot crater all the way to the Hell’s Gate National Park is back on track. Also the first of its kind in the region, it will only be second to a similar project in the South Africa Table Mountains. Once again setting regional standards in tourism.

The plan to have cable cars at the crater was birthed about ten years ago, only halted in 2018 over safety, environmental and licensing concerns. The project had commenced theretofore with the investor erecting pillars to support the cables and rehabilitating an abandoned quarry into a swimming pool.

However, the concerns raised by conservationists about the inadequate Environmental Impact Assessment report may have been the reason for its stalling.

Speaking during an excursion to create awareness and promote tourism in the crater, the Tourism and Wildlife Cabinet Secretary, Najib Balala said, “we are keen to launch a cable car and a zip line across this major crater and this will be a major tourist attraction site in the world.”

Balala led a team in hiking the mountain aiming to boost the number of visitors to the site. Last year, 26,000 people visited Mt. Longonot National Park where the crater is planted. The motive to increase the numbers is twofold, to increase income generation through gate and activity fees so that the park can cater to its needs and to showcase Kenya’s beauty beyond the known attractions.

When completed, the visitors will have a broader variety in terms of activities to undertake while in the park. The most popular of which is hiking. A thrill-filled activity that attracts thousands of people every year. The cable cars and ziplines will spring from a cliff on the mountain and end at a cliff in the Hell’s Gate National Park whose highest point is the same level as the bed of the mountain.

The cable cars and zipline idea come at a time National Parks and Reserves are diversifying their income streams over-relying on government and the traditional revenue sources. “There is so much untapped potential in this park, and we have to use such opportunities to sell this park to more visitors so that revenue can also increase,” Mr. Balala added.

Other facilities in the crater include camping, birdwatching and rock climbing.

The terminal of the zipline at Hell’s Gate is however still closed and it may open either before or after the completion of the zipline. Hell’s Gate was closed after a number of fatal incidences involving thrill-seekers. There are currently works going on to crate escape routes in case of danger commissioned and carried out by KWS partners—the KDF.

Swap the restaurant brunch for a DIY backyard brunch

Swap the restaurant brunch for a DIY backyard brunch