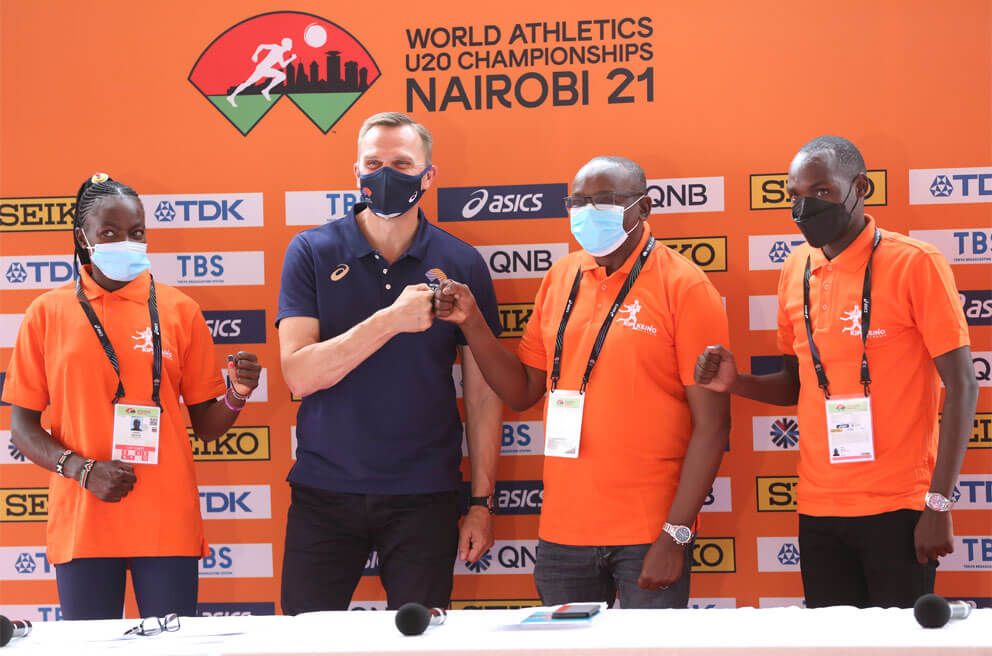 Kenya will be seeking to hog on the pride of place in the second edition of the annual Kip Keino Classic meeting to be held at The Moi International Sports Center-Kasarani on September 18, 2021. The one-day meeting is part of the Gold standard Continental World Athletic Tours.

The event, named after Kenya’s iconic marathoner Kipchoge Keino, is the continent’s first Gold standard tour. This year, there are a total of 72 Continental Tour meetings on the World Athletics calendar despite cancellations in various Tour destinations due to the effects of the Covid-19 pandemic 12 of which are gold with the last leg of the gold series being Kip Keino Classic.

This year’s event has been moved to Kasarani to maintain some implements that were used in the just-concluded World Under 20 Championship held at the same venue. Speaking at Kasarani, the meeting’s director Barnaba Korir said that the organizers will ride on the success of the concluded event. The inaugural event was held at The Nyayo Stadium after a seven-month sporting events shut down occasioned by the pandemic. It attracted notable names in the world of athletics the then world 1500 meters champion Timothy Cheruiyot. Two-time Olympics Gold medalist Faith Kipyegon and former world under 20 1500 meters champion Kumari Taki.

This year’s event has attracted a title sponsor and is therefore christened ABSA Kip Keino Classic 2021. ABSA African has pumped in Ksh. 20 Million. This was revealed at the official launch of the annual even presided over by the Cabinet Secretary for Sports and (Dr.) Ambassador Amina Mohamed and attended by Athletic Kenya Presided L Gen. (Rtd) Jackson Tuwei and Absa Kenya CEO Jeremy Awori.

“We are happy to be hosting the second edition of this event. We are grateful to H.E the President for his unwavering support towards our efforts to host international events. We look forward to one day host The Diamond League.” Amina said.

Athletics Kenya president said the event presents an opportunity for Kenya to host a showpiece just a month after hosting another global event.

“This year’s event will be bigger and much more exciting than last year’s. So far, 80 athletes in the national events have registered while discretionary and core events have attracted 185.” The retired serviceman said.

In his part, Absa CEO said the 20 Million shilling investment will help in promoting upcoming talents in track and field and at the same time promoting Kenya as a great tourism destination.

“With an investment of 20 million shillings, the money will go towards making the competition a success and give our athletes a chance to compete against the world on home soil. On the other hand, our partnership with Athletics Kenya and the Ministry of Sports will continue supporting sports tourism and promoting our country as a great destination,” Awori said.

In terms of fan attendance, the number may improve from last year. Being the early days of the pandemic, only 2000 fans were allowed into the stadium to witness the great event. There are talks with the ministry of health and related agencies on how the number could be increased to a higher number depending on the ministry’s guidelines and protocols on Covid-19.

This year like last year has attracted notable names, among them, Olympic 3000 steeplechase champion Soufiane El Bakkali, three-time 100m world champion Justin Gatlin of the US, and the world's current fastest man over the 100m- Trayvon Bromell.

World Athletics is keen on bringing more of such tours to Africa. According to the athletics body chief executive-Jon Ridgeon. With the Kip Keino Classic having set this precedence, we may just see more of such events.