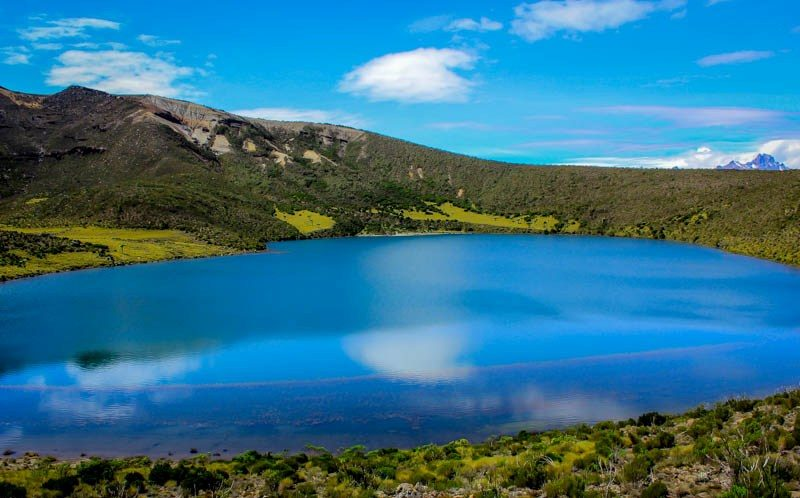 By general consensus, the coast is the beach, and the beach is the coast. Few people make effort to explore the larger coastal region for other outdoor attractions it has. Fewer people even know there are other attractions. For many, after Kilifi, Kwale Mombasa, the coast is cut and dried. There is more than the sands and the sun, the islands and the coral reefs.

By definition, the coastal region has six counties, Mombasa, Kilifi, Kwale, Taita Taveta, Lamu and Tana River. Even though the region is most famous for three or four counties out of the six, the others are similarly as touristy as the common ones. And may present more intimate and personal outdoor moments plus an opportunity to see and explore more of the country.

Chala, is a beautiful lake formed in the depression of a crater only accessible through trekking down a cliff and wading off thickets of flora. It has very clear waters as it is fed by underground springs from Mt. Kilimanjaro. The lake is shared by Kenya and Tanzania and maybe your best opportunity to say, you swam to Tanzania. For a small fee of 50 shillings per person and 100 per vehicle, you can see the marvel that is this lake deep in Taita Taveta. Fun activities to do here include hiking and swimming in the lake. Try a hand in fishing too and see how lucky you could get.  Boat riding. Don’t forget boat riding, The clear water will make it more interesting since you can see the fish swim. Lake Jipe is another lake on the border of Kenya and Tanzania, Jipe is bracketed by reeds, and one has to hike a paddle powered canoe locally referred to as ngalawa to access the open waters. Unlike Chala, Jipe is home to crocodiles and hippos so the ngalawa can only get as far. Speedboats are however available on hire for the transborder rides.  Jipe is 30 square kilometres. For context, Lake Nakuru is 45 square kilometres. On a good day, you can see at least two peaks of the great Kilimanjaro- Mawenzi and Kibo.

Before leaving Taita Taveta, you could file into Tsavo East National Park famed for the dust-red elephants that graze in the vast of one of Kenya’s oldest parks spread on the expansive Yatta Plateau. Tsavo East is home to all the big five and on a lucky game drive you could spot all of them. The West is best for rock climbing. Mzima Springs are other attractions that could pique your interest. They are a series of 4 natural springs whose source is the natural reservoir under the Chyulu hills.

Shetani Lava Flow, an eight-kilometre stretch of lava formed about 250 years ago, is another spectacular attraction. Weaving across the floor of the park and rolling right into the Shetani caves is also a result of volcanic action.

A house on the hill—literally. The castle-like architectural masterpiece is built on a hill about 7Kms from Taveta town. It has now been converted into a hotel. When it was built by Colonel Ewart Grogan in the 1930s, it served as a home for him and his wife Gertrude. It provides for a 360-degree view of the surroundings which include Mt. Kilimanjaro, Chyulu Hills, Lake Jipe and more. Grogan Castle is a boutique hotel that offers top of the range accommodation, food and other luxuries. A place you’d love to shoot the breeze. The breeze here being literal.

Among the places you should visit when you first get here, is the Tana River Primates National Reserve. Known to locals as Mchelelo, it is home to two of the most endangered monkey species, The Tana River Red Colobus and The Crested Mangabey monkeys. The reserve is home to six other species of primates, birds and diverse wildlife. The historical Hola Monument is domiciled in this county. Visiting it will usher you into a historical period of Kenya’s journey to independence. The monument commemorates the massacre of 11 Mau Mau fighters that had been detained at the Hola concentration camp. Kora National Park is a must-see while here. The park that stretches all the way to Meru is graced by Tana River on which The Kora rapids, The Adamson’s Falls and Grand Falls are found. It is managed by Kenya Wildlife Services and attracts a fee of KSh.300 per visit per adult and 215 per child’s visit. Rock climbing is a popular outdoor activity in this park, and it would be fun doing it in the park once christened “The Last Wilderness”

The coastal region has much more than sandy beaches, an endless water body and exotic islands. Explore, discover and enjoy.

Nine outdoor games that are bomb

Nine outdoor games that are bomb