A Drive On The Wild Side 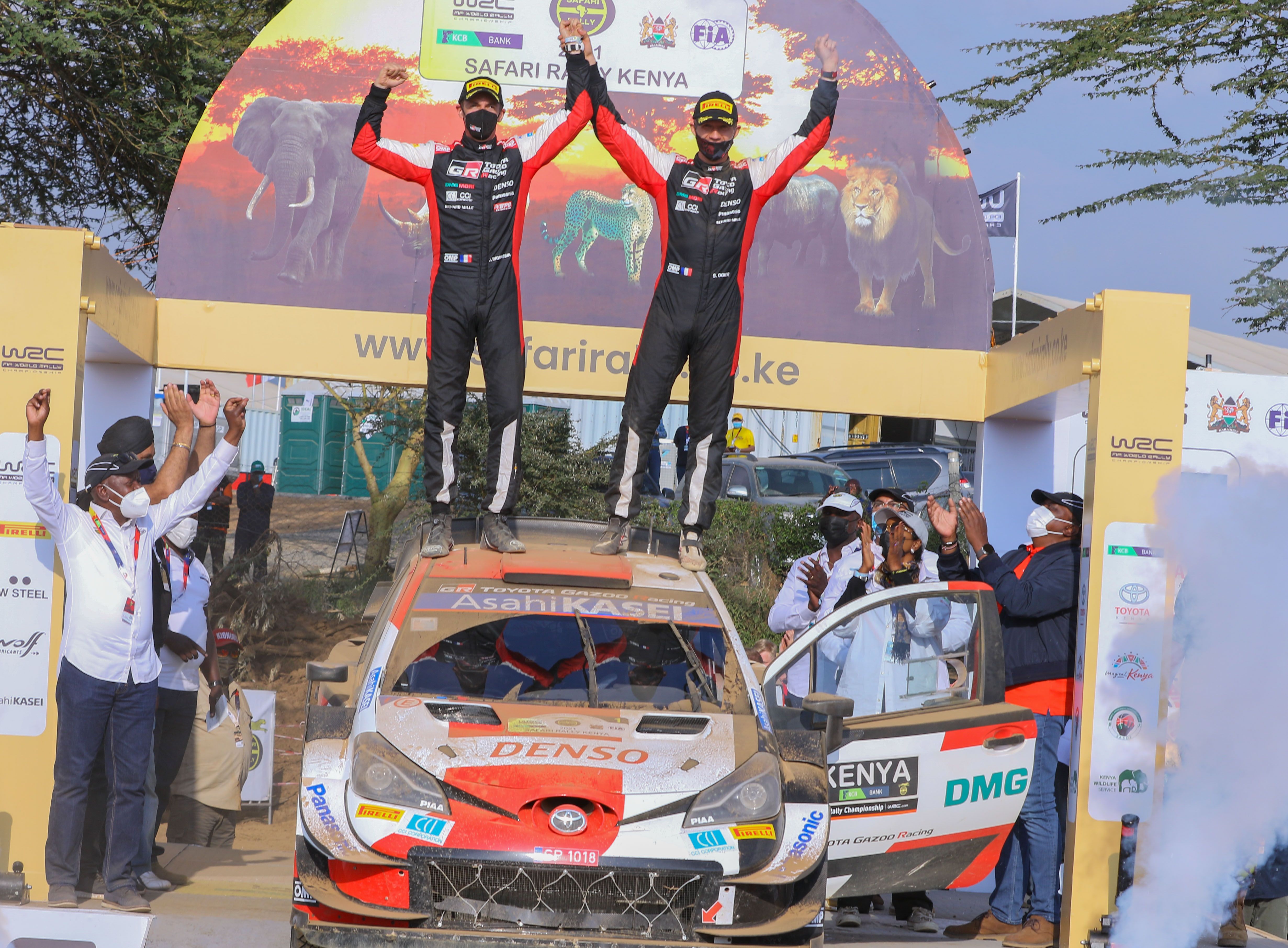 The 3-day WRC Safari Rally which took place from 25th – 27th June 2021 marks the return of one of the world’s most popular motoring events to East Africa after a hiatus of nearly two decades. Motorsports fans will remember the likes of Patrick Njiru, Jonathan Toroitich and Phineas Kimathi who were among the first Kenyans to participate in the global competition. 37 Kenyan drivers and navigators took part in the race this year.

Hell’s Gate National Park in Nakuru county played host to the event’s grand finale after an intense race that traversed some of the most spectacular locations along the Great Rift Valley. For the drivers the race was a test of both man and machine as some of the world’s best rally drivers brought their finest toys to the dirt track. For the spectators, it was a much-needed opportunity to reconnect with the outdoors after recurrent bouts of cabin fever induced by the Covid-19 lockdowns.

Hundreds of Kenyans turned up to watch the finale event at the 68 square kilometer Hell’s Gate National Park creating a jubilant atmosphere for the many more who opted to follow the action via broadcast and online platforms. It was not only an occasion to celebrate the drivers’ excellence but also savour the natural treats nestled within the national treasure that is Hell’s Gate. As it turns out, there are many.

Located 90 kilometers from Kenya’s capital city of Nairobi, Hell’s Gate National Park is easily accessible through Moi South Lake Road which leads to various other attractions in Naivasha. The Park is also close to the Naivasha airstrip making it convenient for air travellers. To access the park, visitors are required to pay Sh. 250 for adult residents and Sh. 200 for children in addition to various other charges for the different activities offered.

There are multiple camp sites within the park with Endachata, Naiburta and Oldubai being among the most popular ones. The grounds are manned by Kenya Wildlife Service personnel who enforce strict rules and guidelines to protect visitors and wildlife. For instance, campers are advised not to get out of their tents once they turn in for the night unless there is a major emergency.

Wildlife roam free in the park. It is therefore not uncommon to run into herds of zebra or giraffe while exploring the trails. But Hell’s Gate is mostly famed for the birds of prey that prowl the skies and cliffs in search of dead animals and smaller birds, mammals, lizards, fish, or insects which comprise most of their diet.

A trip to Hell’s Gate National Park would be incomplete without stopping by the Olkaria Geothermal Station which hosts Africa’s first geothermal power plant. The site harnesses the region’s volcanic activity to generate and supply electricity to homes and industries across East Africa. Visitors can take a dip in the steaming geothermal spa which is also said to be a form of therapy.

This Planet Hero Is Crafting Elegant Glassware From Trash

This Planet Hero Is Crafting Elegant Glassware From Trash